35 professionals and officials from Denmark, Estonia, Germany, Iceland, Latvia, Lithuania, Russia, Norway and Sweden participated in a training session on the 15th and 16th of February 2016 in the Ministry of Welfare in Riga.

This was the first of a series of 3 trainings which aim to build capacity by providing relevant tools and cross-national good practices that are rooted in international and European standards. The training series also aims to foster networking and cooperation between officials and professionals from the Nordic countries, Baltic countries and North West Russia. The training modules, derived from the Guidelines Promoting the Human Rights and the Best Interests of the Child in Transnational Child Protection Cases, are developed by Turid Heiberg, Daja Wenke, and Maia Rusakova.

In Riga, participants from the social sector, police officers, prosecutors, judges, immigration officers and border guards discussed and developed an understanding of key child protection themes such as the best interests’ determination, communication with children and the identification and implementation of durable solutions. The themes of the training included:

A key highlight of the training was bringing interview skills theory directly into practice through the use of an up-and-coming avatar based interview training platform in development by Linnaeus University.

The training series in protecting children against exploitation and trafficking is funded by the Nordic Council of Ministers’ programme against trafficking in human beings 2015-2018 and is a follow-up to the CBSS and EU-cofunded project PROTECT Children on the Move project, 2013-2015. 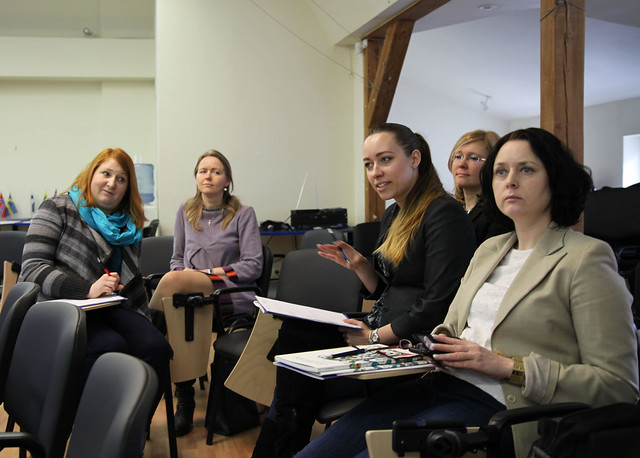